Jakarta is the biggest city in Indonesia and the capital. Located in the overpopulated Java it hosts about 40 million of the 150 million inhabitants of the Island. It is one of the biggest cities in the world and a bit of a mess.

It is far away from a touristic place and there is little to visit. Most of the people that stop by is due to the International Airport connexions and not for more than one day. Me, however, I stayed for 5 days. The reason, the people I met all around.

As I have said already, development is lower here than in Malaysia as I can feel. There are many urban infrastructures missing. No subway, or tram. They are building it now. Urban bus is a mess although they are working on a transJakarta bus to connect over bus lanes must of the metropolis. 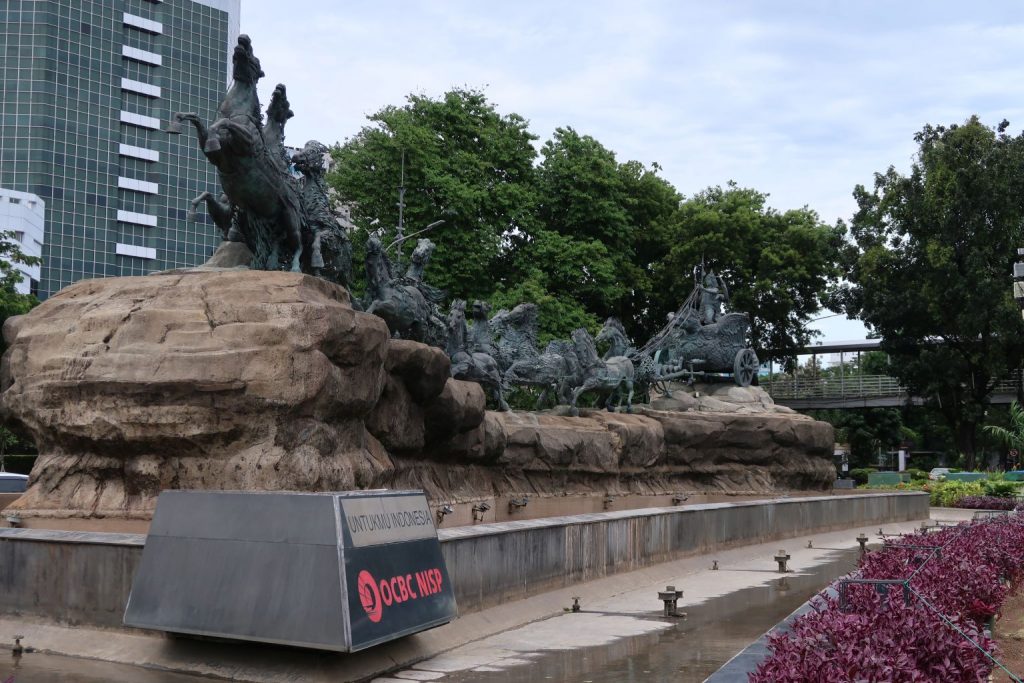 The first days I stayed with a great Couchsurfer that not only hosted me in her little apartment, but picked me up from the Ferry terminal. Just on the few kilometres between the terminal and her house, after more than one hour in the car I realised how complicated was the traffic in such a metropolis. Pretty much there are no rules, just drive in the left side of the road meanwhile is possible.

The city as I was saying has little to visit. The National monument is not even impressive but has a huge queue to go to the top. I didn’t even try. 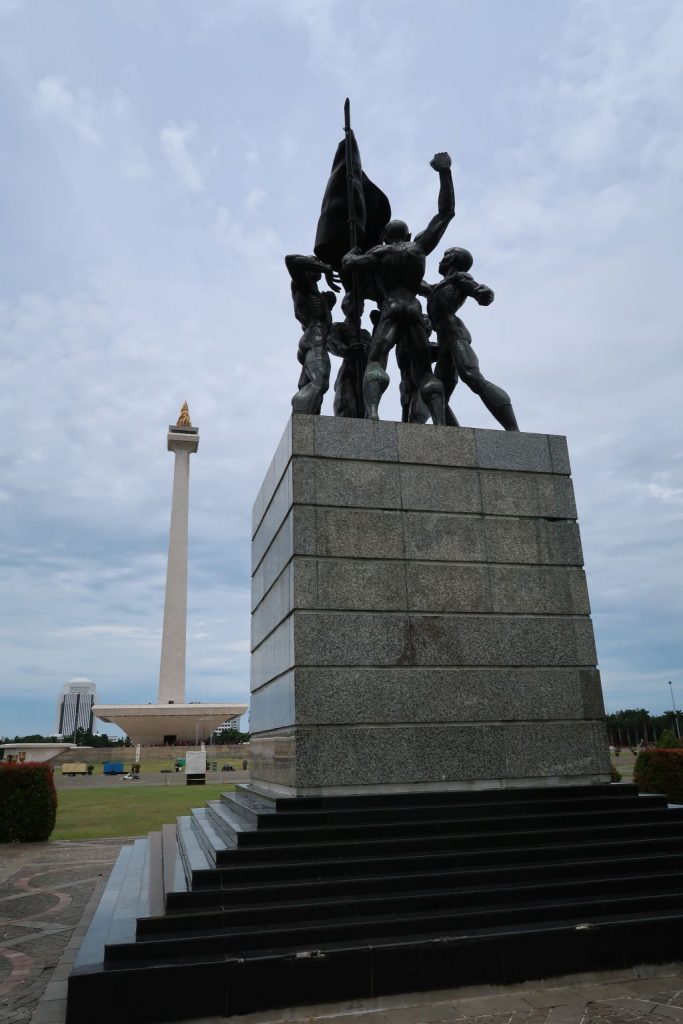 Nearby there is the Istiqlal Mosque which is much worth a visit. It is a modern mosque, the principal of the city. I happened to be there by the anniversary of the Prophet Mohammed so it was crowded. 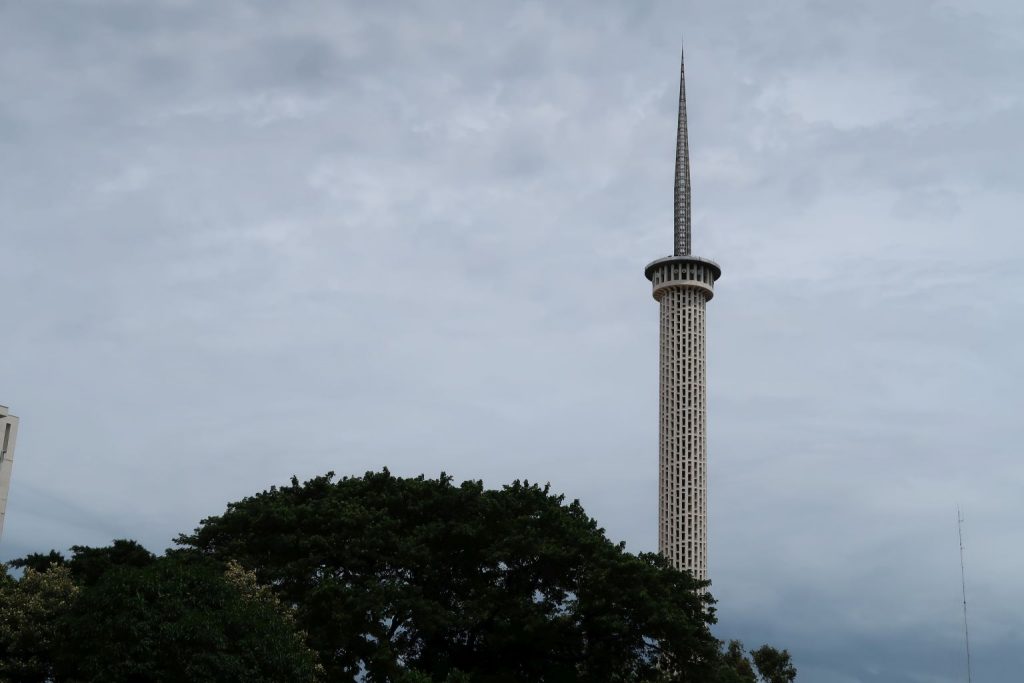 Indonesia is 87% Muslim and the country with more muslims in the world. Still, most of them do not speak Arab, but learn how to read the Quran by heart. However, religion populations change in every Island and there are some where Christians are majority. One or another religion, they all live together in harmony, and next to the Istiqlal mosque there is a Christian Cathedral which towers try to imitate the ones of the Sagrada Familia in Barcelone. 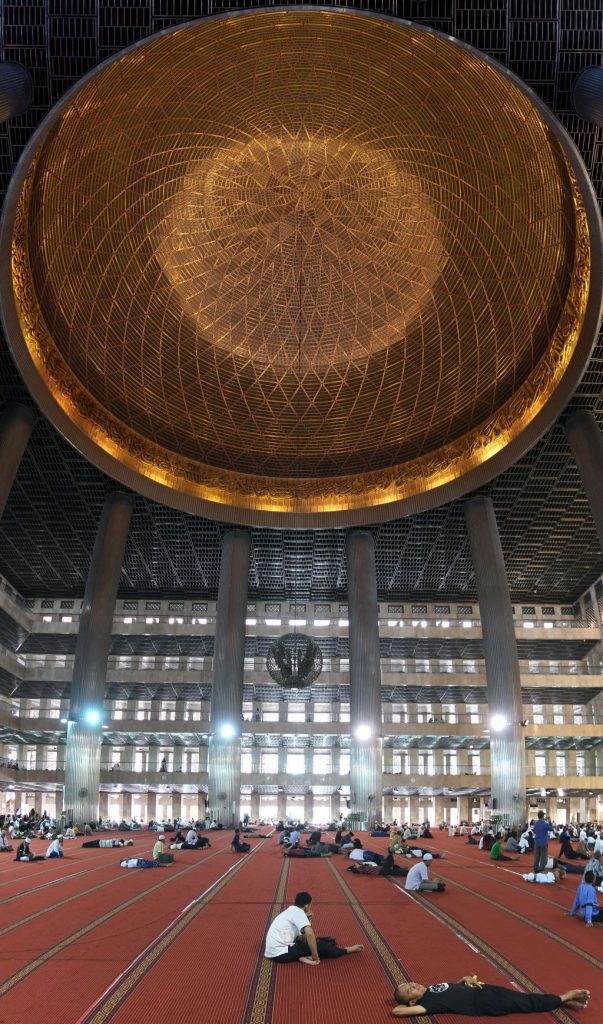 The other interesting place to visit in Jakarta was the Taman Mini. It is a bit far away from the city centre, but reachable by public bus. I had the luck that my CS took me there in her car and showed me around.

Taman Mini is a big park that host other parks as water park or theme parks, it also hosts the Museum of Indonesia and the most interesting, traditional houses of the different regions and cultures of Indonesia.

In the Museum of Indonesia there is a compilation of the different cultures and traditions in Indonesia. From traditional customs, instruments, entertainment activities to professions and workshop tools. There are more than 330 languages spoken in this, the biggest country in SouthEast Asia. Still there are natives in most of the Islands and for sure, there is a big influence of all the colonies that have passed by here. 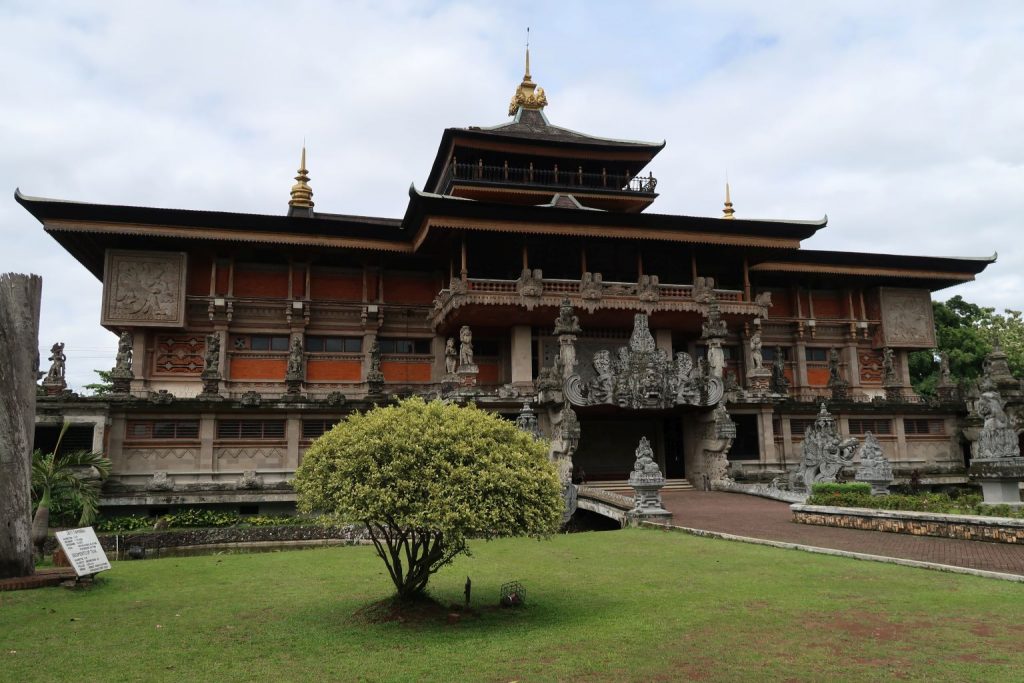 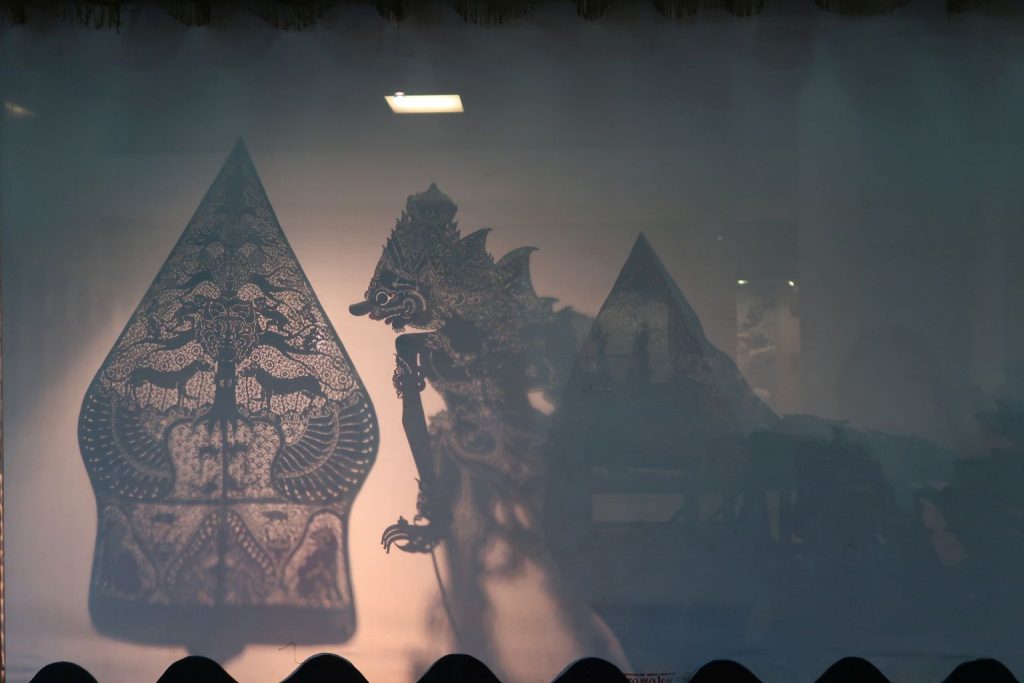 After the visit to the museum and a fast introduction to what is Indonesia we had a tour around the traditional houses of Indonesia. 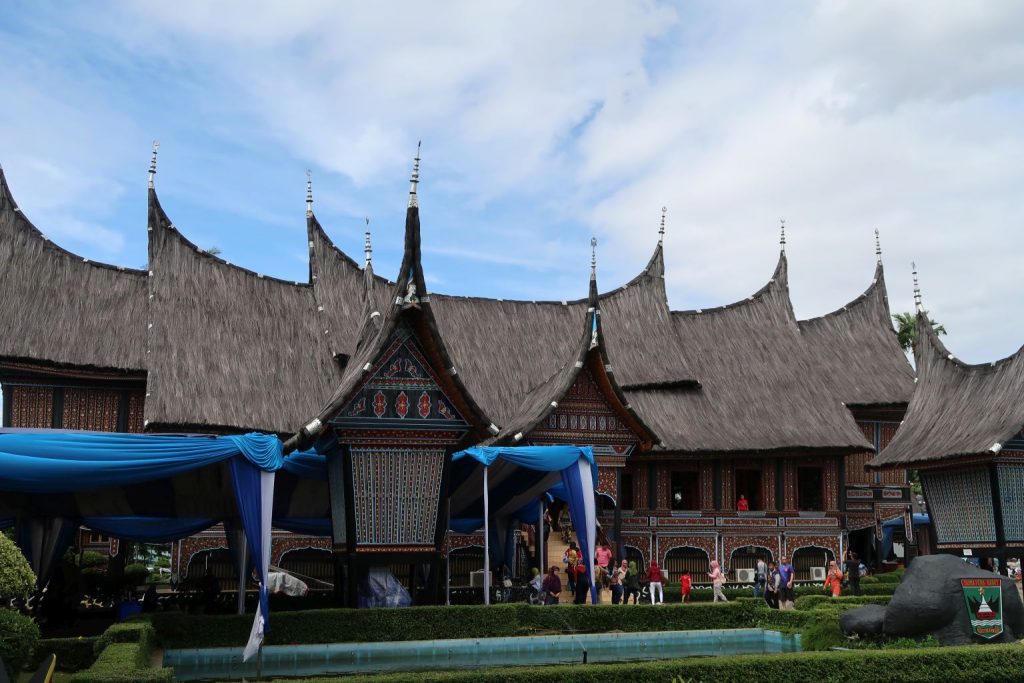 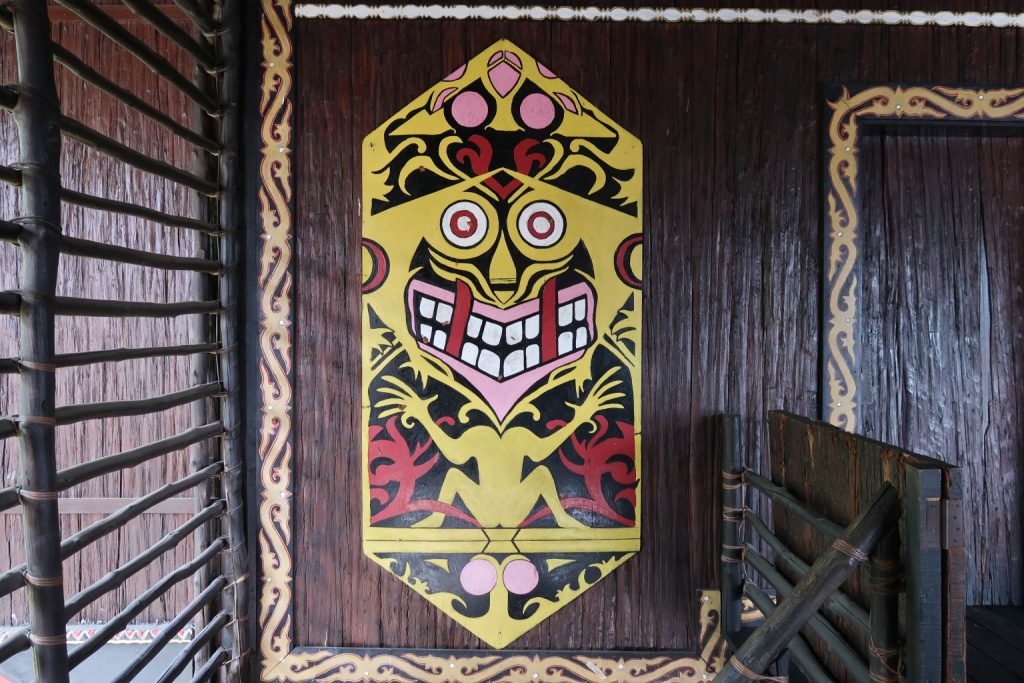 Once finishing the full tour, nearby the entrance on the other side of the lake or pound is a miniature of the temples of the 6 main religions of Indonesia: Islam, Buddhism, Confucianism, Protestantism, Catholicism and Hinduism. 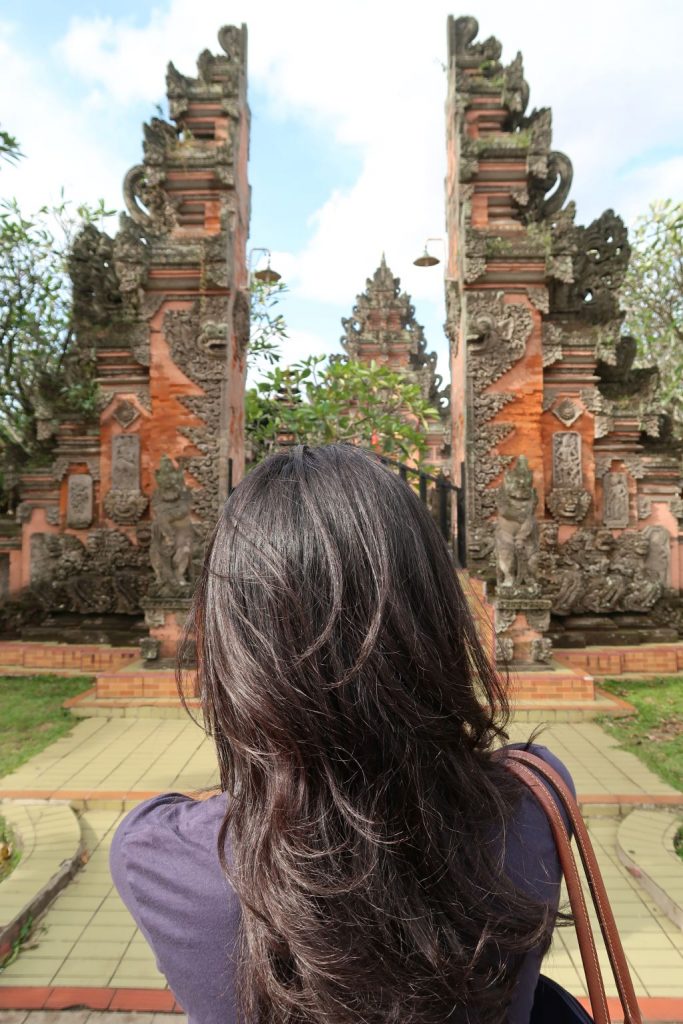 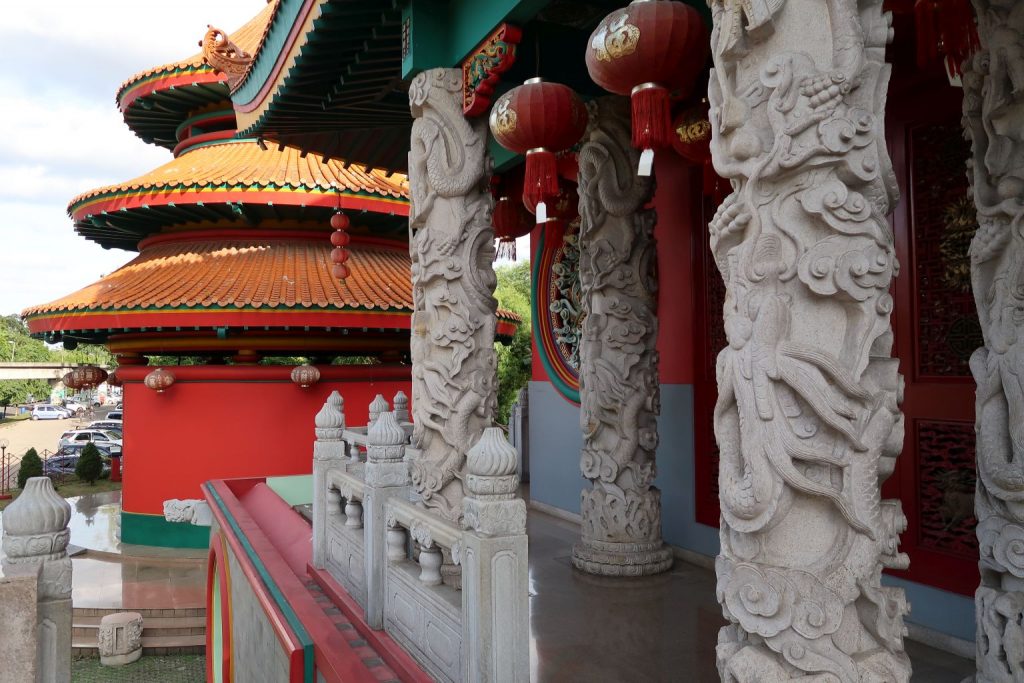 Back in town what rests is to get lost in the Dutch-colonial-style old town and China Town. Easy to go walking from one to the other as they are not far away.

The Old Town is an open square with the old city hall and few roads around. 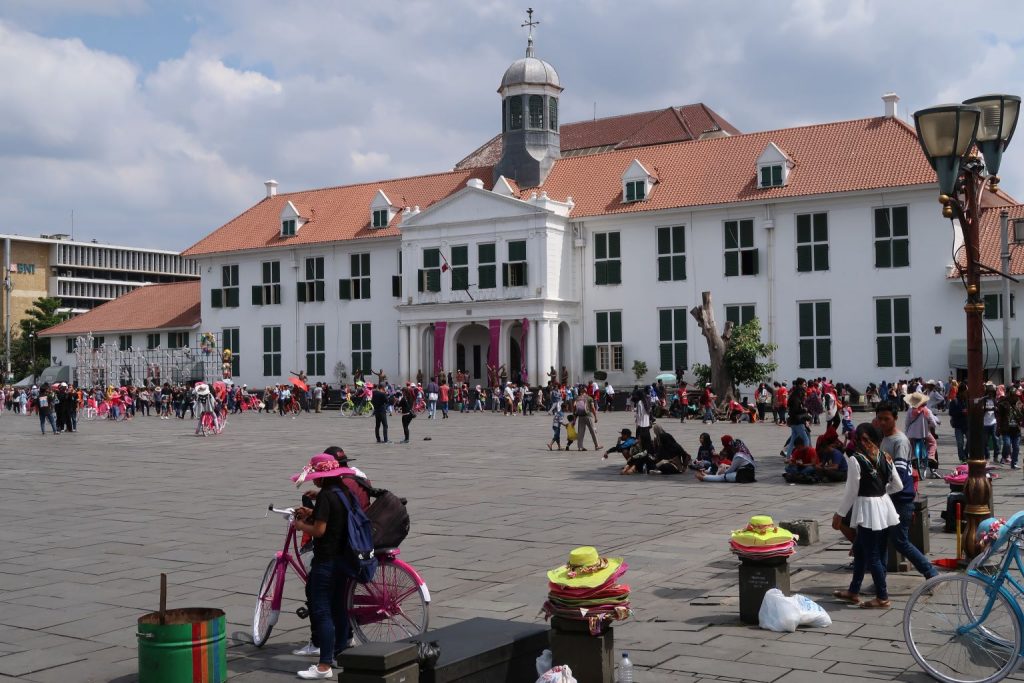 And China Town is little more than one long street full of business and little restaurants. 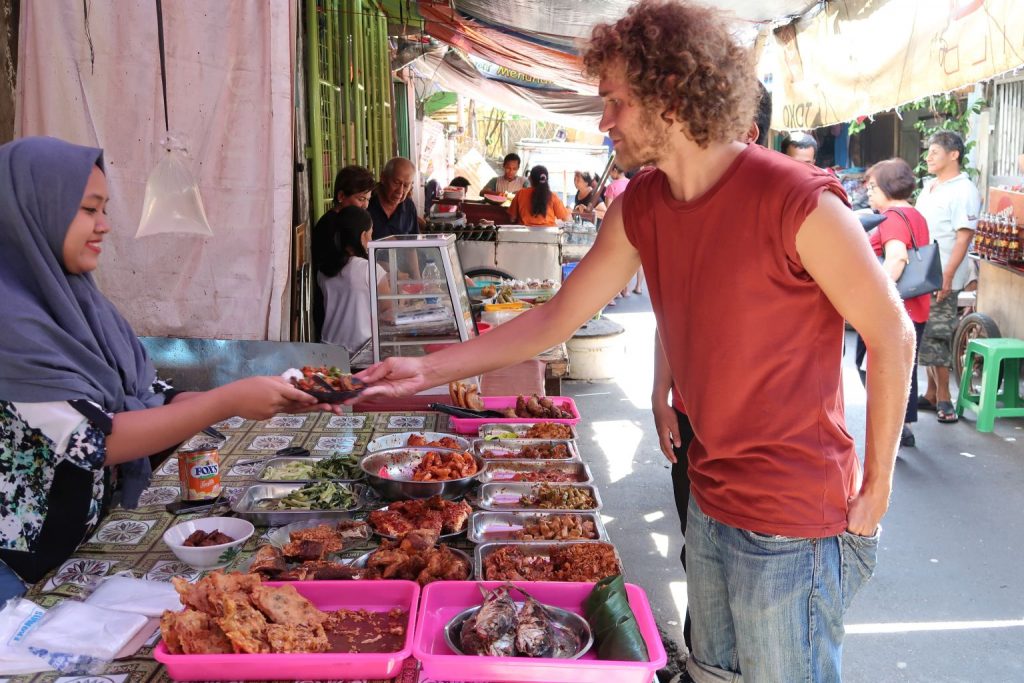 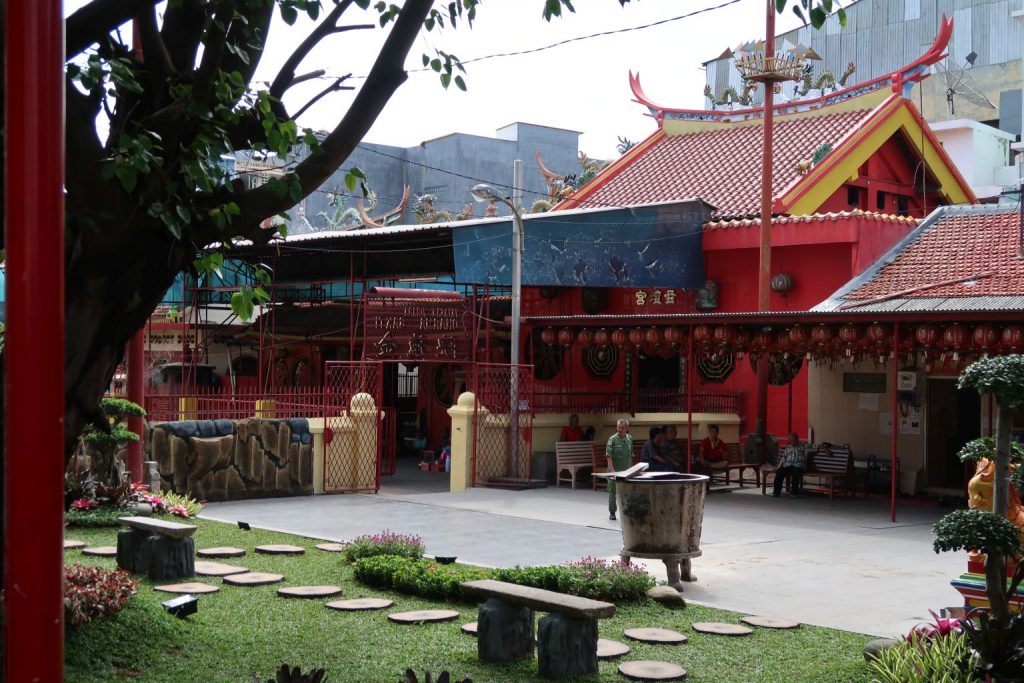 There’s little more than this few monuments to visit in Jakarta. However, as I said, the best to me was encountering people. I even was invited to a wedding in the purest Indonesian style. 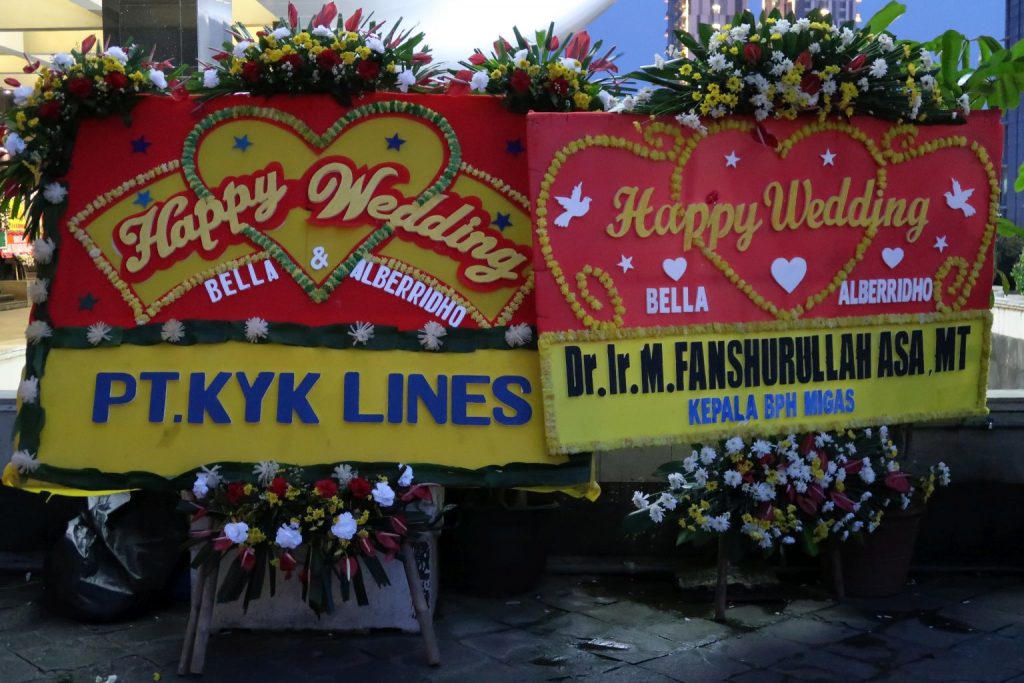 In the morning there is the official marriage event to which only attends the family members and the more direct relatives. Once the sun is down it starts the festivity that takes little more than two hours.

At the reception there are boards decorated with colours and flowers wishing the best to the just married. They are located at the entrance to the ballroom. Before access, every guest sign at the invitations book and give a gift – normally money – to the couple. 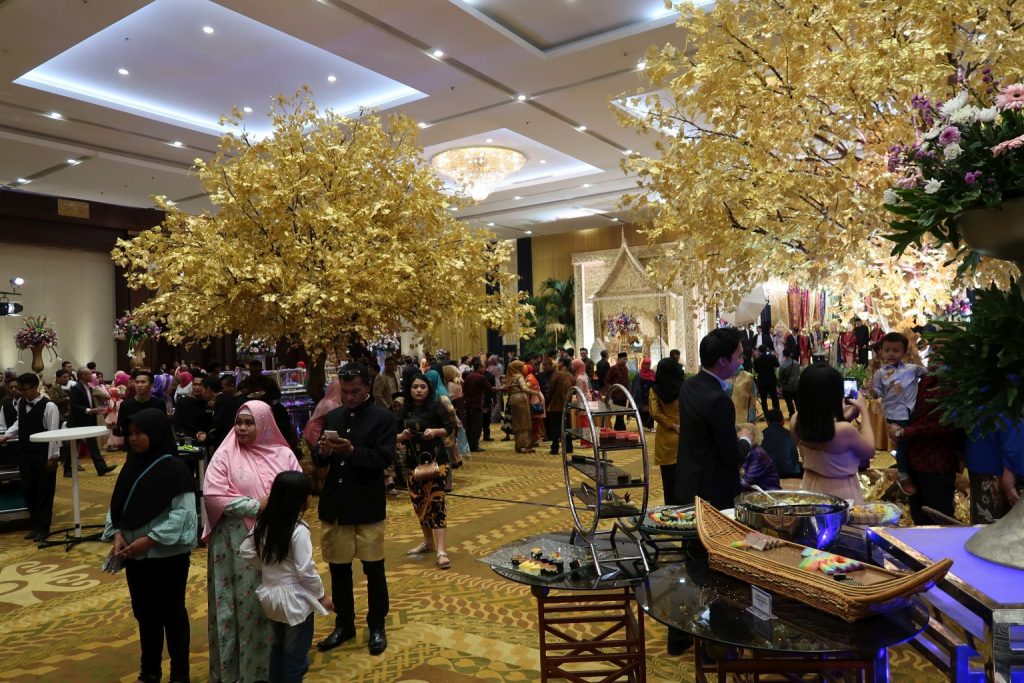 Once in the ballroom everyone awaits the entrance of the couple in a promenade followed by their parents, siblings and other relatives. They get to the centre of the ballroom where a ritual dance take place. 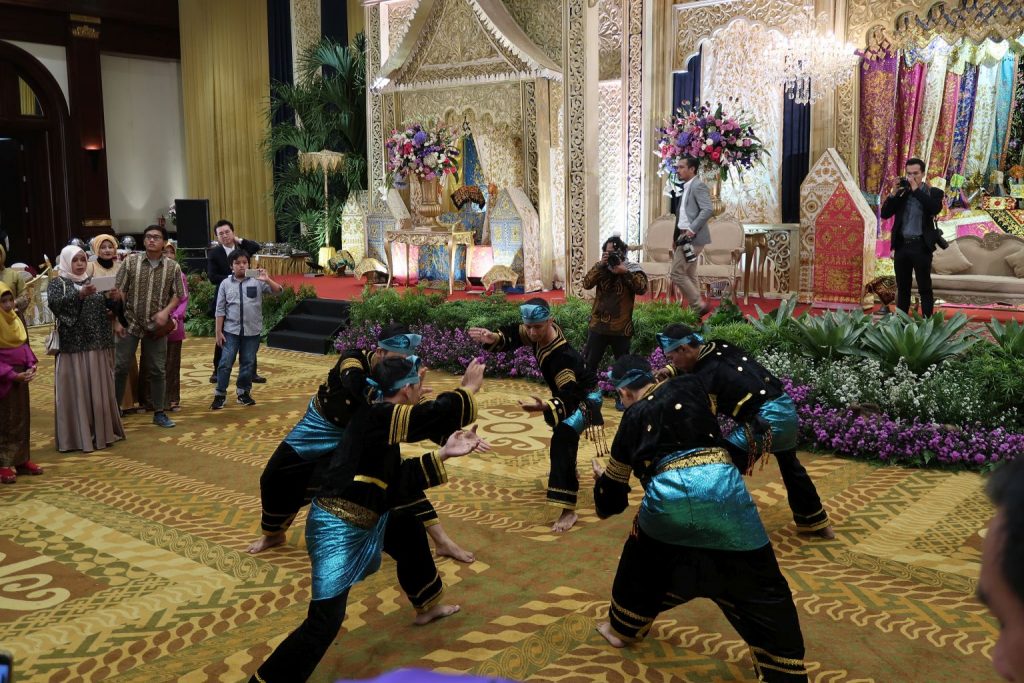 Then the couple place themselves at the podium and during the next hours they receive all the guests one by one to receive their best wishes. In general terms, there are between 500 to 1.000 guests in one of these celebrations. Meanwhile, the rest of us we fill our bellies at the buffet. All you can it! Local tasty food, and magnificent desserts. As this is a Muslim country there is no alcohol available, so water is the basic drink during all the event.

From my point of view, a wedding is a torture for the just married couple. Uncomfortable dressing, but beautiful and elegant. A 2kg. crown for the wife that does not let her bend her neck and 2h. standing shaking hands. They barely get a bite or a drink of all what is at their feet. 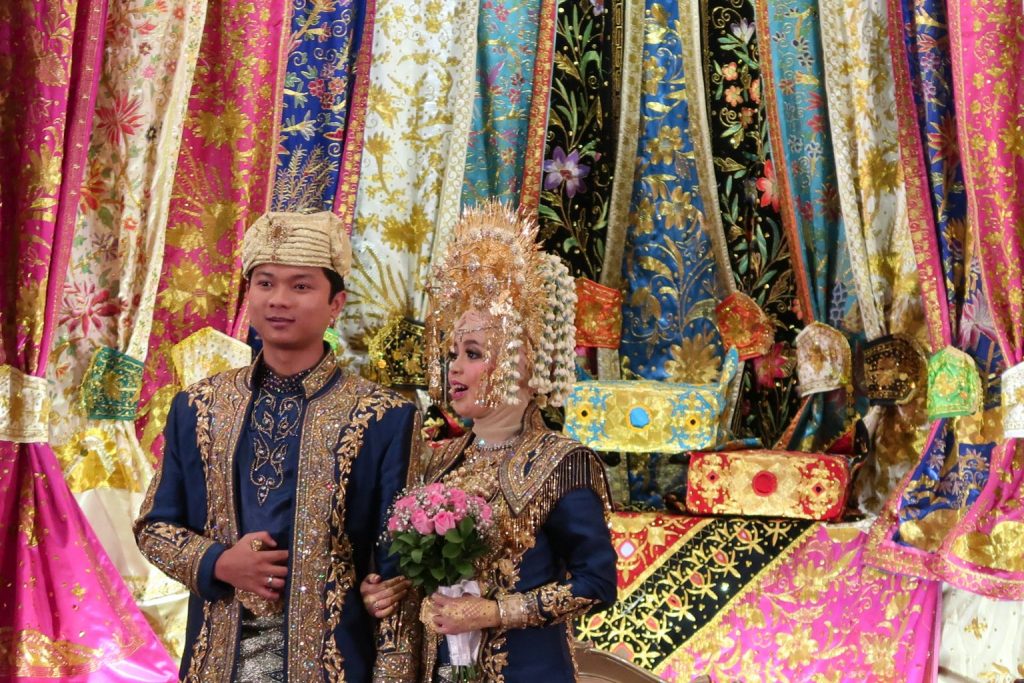 As I have been told, couples live each one with their family until they get married that they move to their own house. People gets married here between 23 to 30 yo. However, in small villages they do it younger.

Other great experiences I had in Jakarta was with my Couchsurfer and the people I met through the social networks. Just walking around, eating here and there. 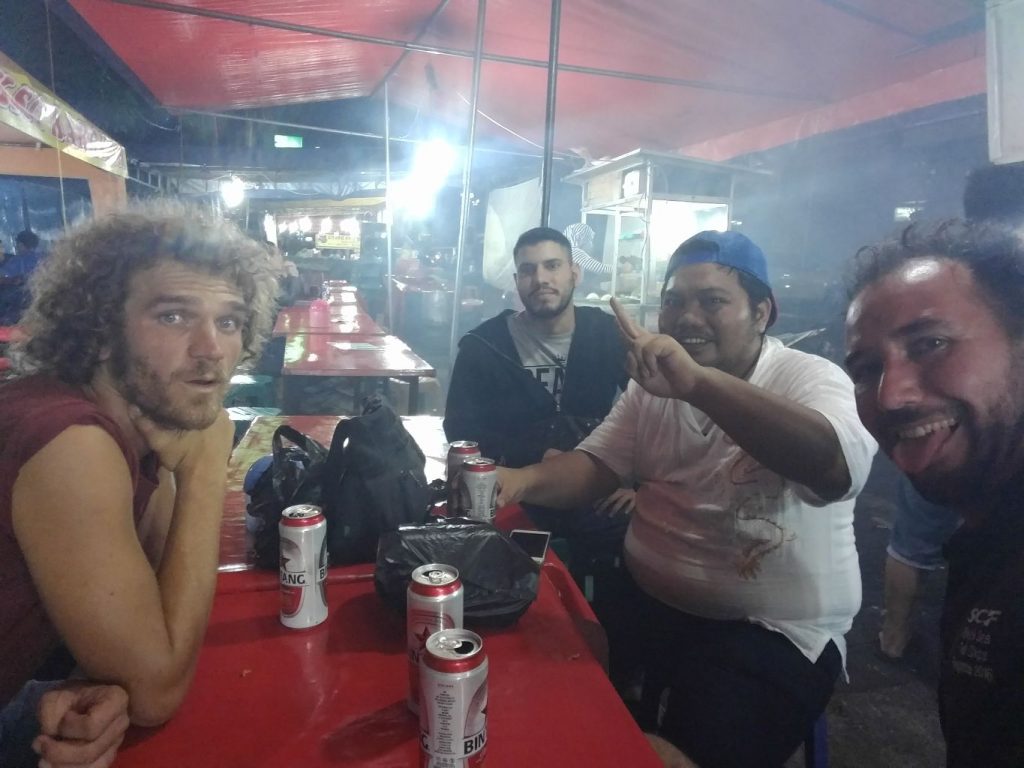 The most romantic moment however was to have a cocktail at sunset at the top of Skye from where I you can have an overview of the whole city.