The starting was good at this coast colonial city. I arrived yesterday Friday for the weekly night market. Together with my finish roommate we had a taste of the local food.

At the hostel y borrowed a bike to move around and before my friend Tlaloc drop the rain on top of us I had visited a god overview of the city.

It is a city suffering a huge evolution right now. All the coast is under construction to built a huge deep port and many resorts, malls and other touristic attractions. However, the charm is in its old town with 2-3 stores colonial buildings and narrow streets. 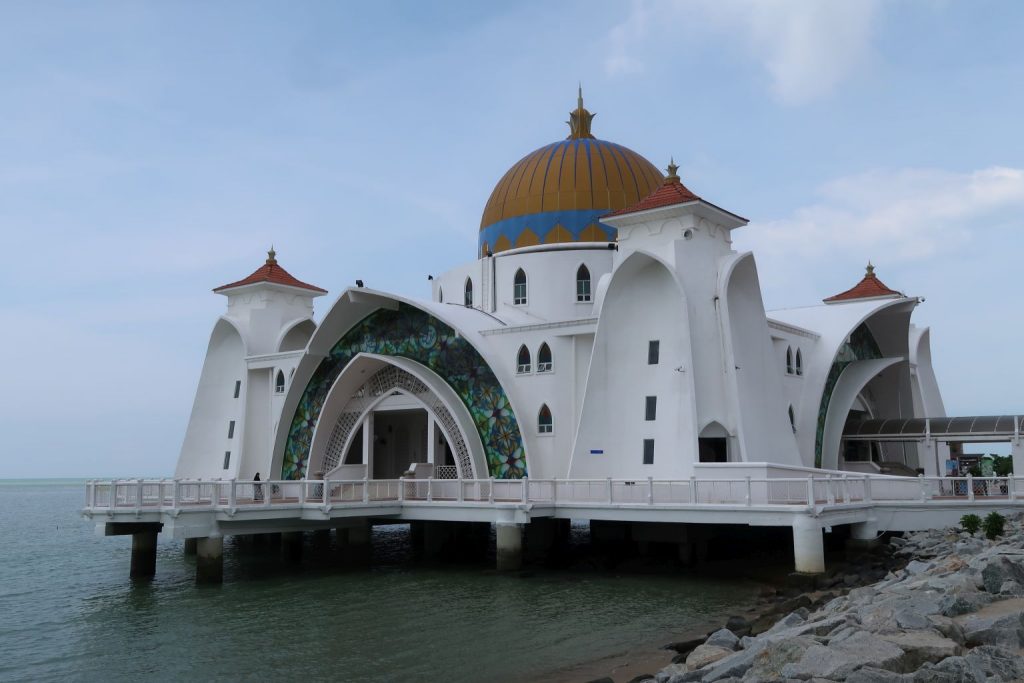 In between the constructions there is a beautiful white floating mosque that stands over the sea. Not far from there the St. John Portuguese fort and in between there and town is the Disney Land area of museums and malls around the ruins of St. Paul in the hill. 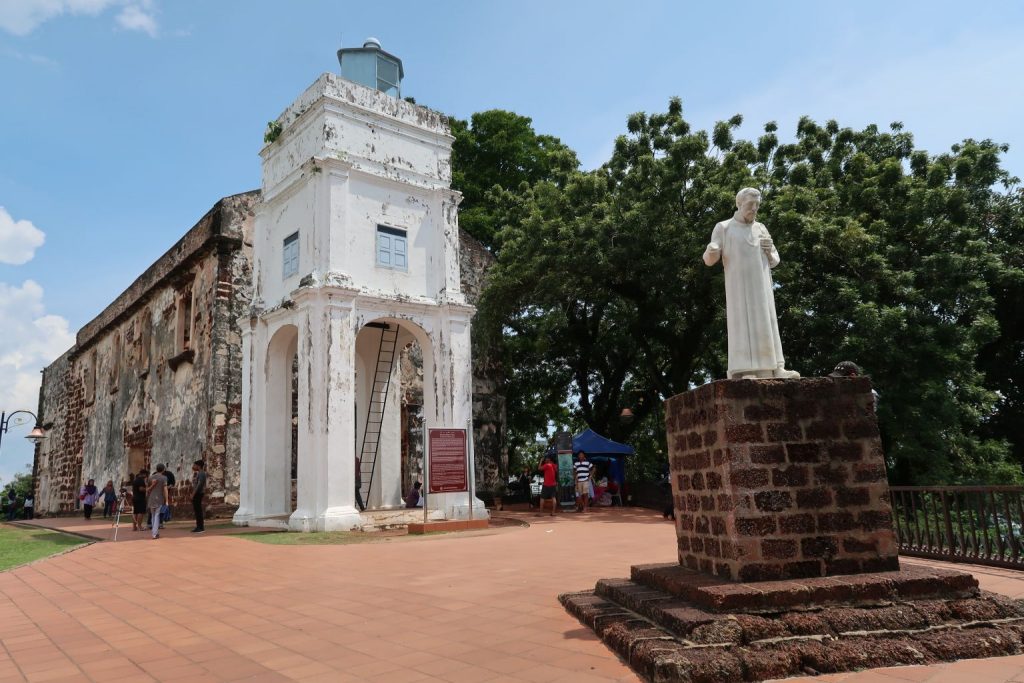 Last day in KL and I depart to Melaka. Yesterday night I said farewell to the Petronas tower before a nice street food dinner in China Town. The Petronas Tower fountain show was very disappointing, but the diner with Chloé and Benjamin made my night. 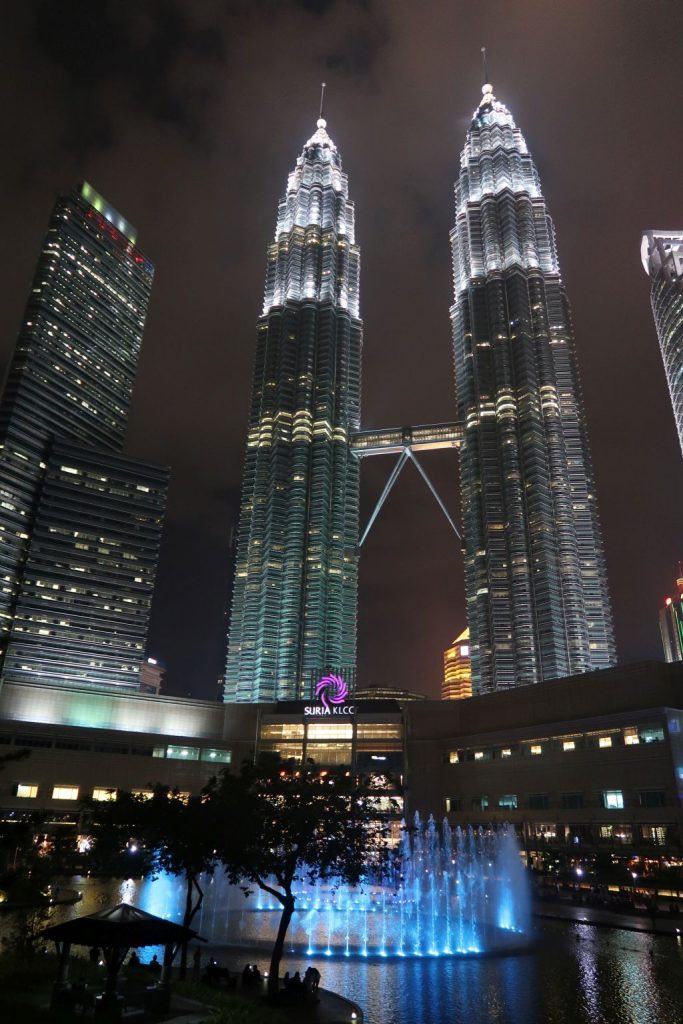 I left for today morning the visit to the Hindu Temple Seri Maha Mariamman. The first place I had to pay to leave my shoes out of a temple. Inside it is a real ceremonial temple. 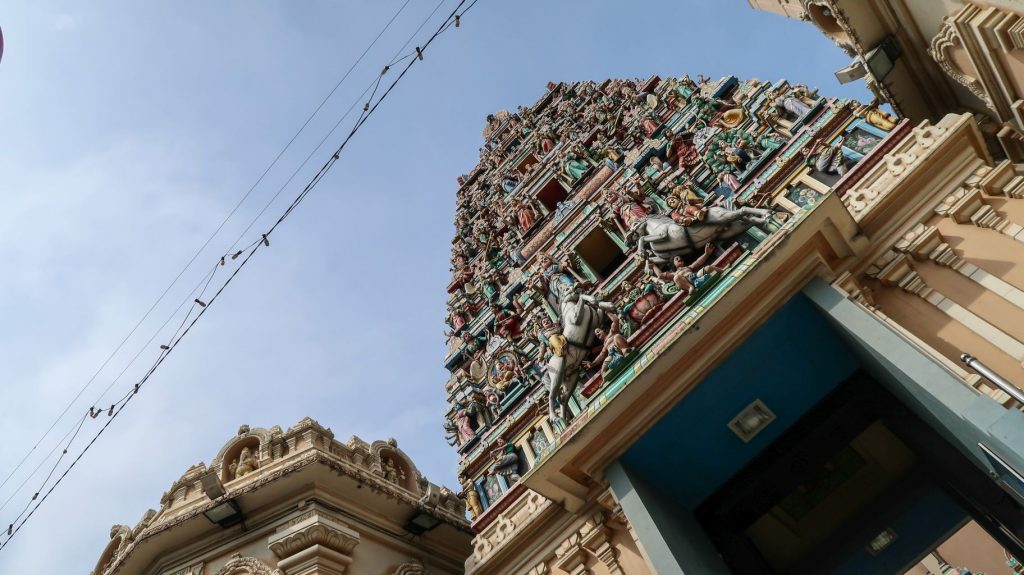 The bus to Melaka was a smooth trip. Note that the bus station is a bit south from the city centre, and it wrorks as an Airport with Check-In, Gates, and boarding times. Awesome.

It has been to days since I arrived to the Capital. It is a big metropolis, melting pot of cultures from all Asia with a great western colonial influence as of globalisation. Islam is a great thing around here and a part from the well known Petronas Towers, the Modern National Mosque is a must. Also other religions as Buddhism, Hinduism, Confucianism and Christians are present. All of them living in harmony.

I started today visit with the Hinduist temples at the Batu Caves. I didn’t visit the fee ones, as they seemed to me a bit of a Disney Land. But the main Cave left me without speech. 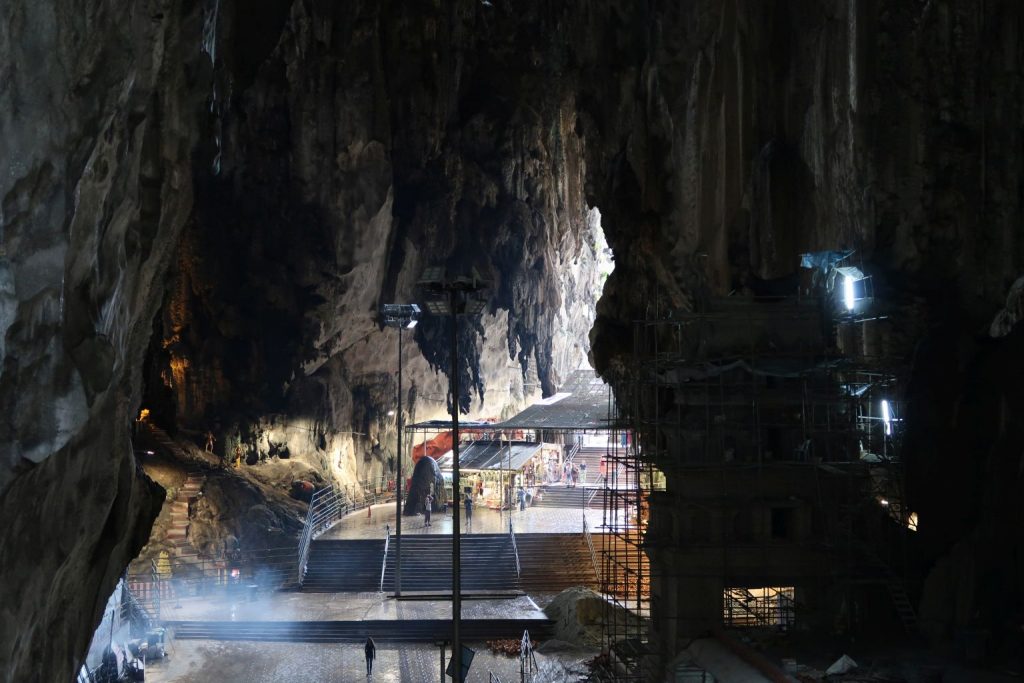 To move in the city the public transport is good and cheap.

I took it all the way to the National Mosque and the Muslim Art Museum. Both are modern buildings one beside each other. For the mosque I had to wear one ridiculous robe to hide my legs. Both building are impressive in their magnificence. The Museum host a variety of arts and traditional utils from all the Muslim regions in the world specially, the Eastern Asia. Very educative to understand how Islam get all the way to Indonesia. 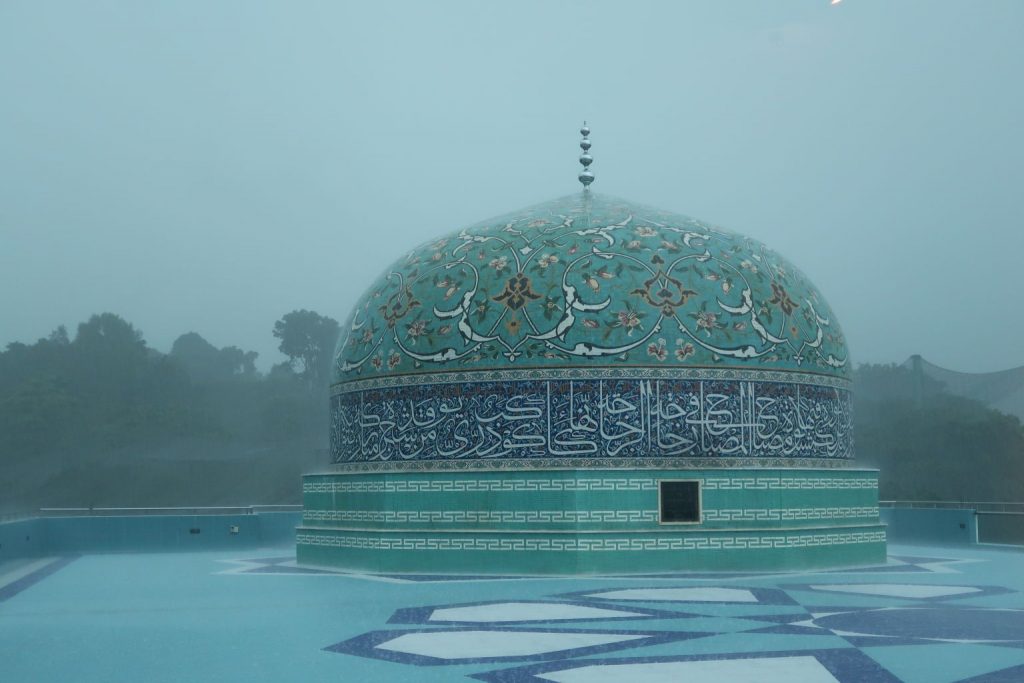 Finally I took the half day tour to visit the tea and strawberry fields. The first are in a magnificent landscape, however, the second where very disappointing.
After lunch with Louis, we both left the region in opposite direction. Tonight I sleep in Kuala Lumpur.

I arrived yesterday to Tanah Rata under the rain, I plan to stay here a couple of days to hike in the forest and visit the Strawberry and Tea plantations. How much I get to visit and how long I do stay here will depend of the weather. I am in the mountains and is the rainy season “Monsoon”