Every journey has a start point, but before departing there is a full adventure saying farewell and getting everything ready for the departure.

To make the experience long as it takes I decided to get rid of all my belongings and unlashed all the bonds that attaches me to anything. Don’t get me wrong, that doesn’t mean that I don’t care about the places and people a left behind, there will always be present in me, my memories and strength to achieve whatever I want. 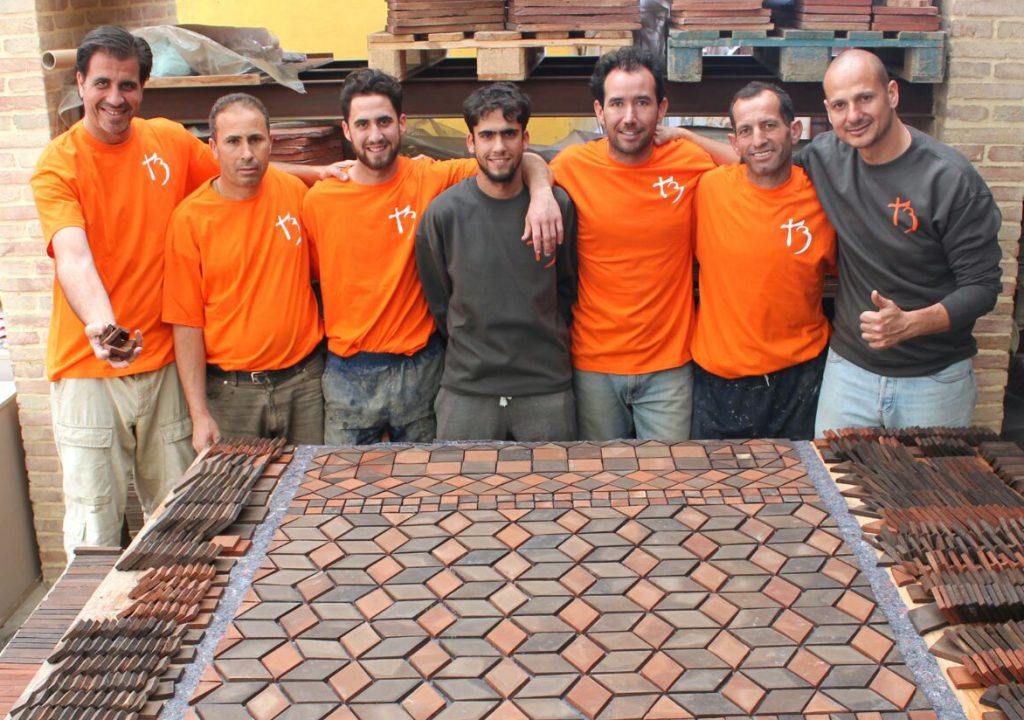 On June I finished my work as teacher as it was the end of the school season. I waited to that day to start preparing the last steps. Same month I told my freelance clients what was my plan for the next months and year so they can contact someone else to do the job I was doing. From all the jobs I had last year quitting Todobarro might have been the more sentimental as it wasn’t only a company I collaborated with, but also a group of friends with whom I really had fun working.

Getting rid of belongings 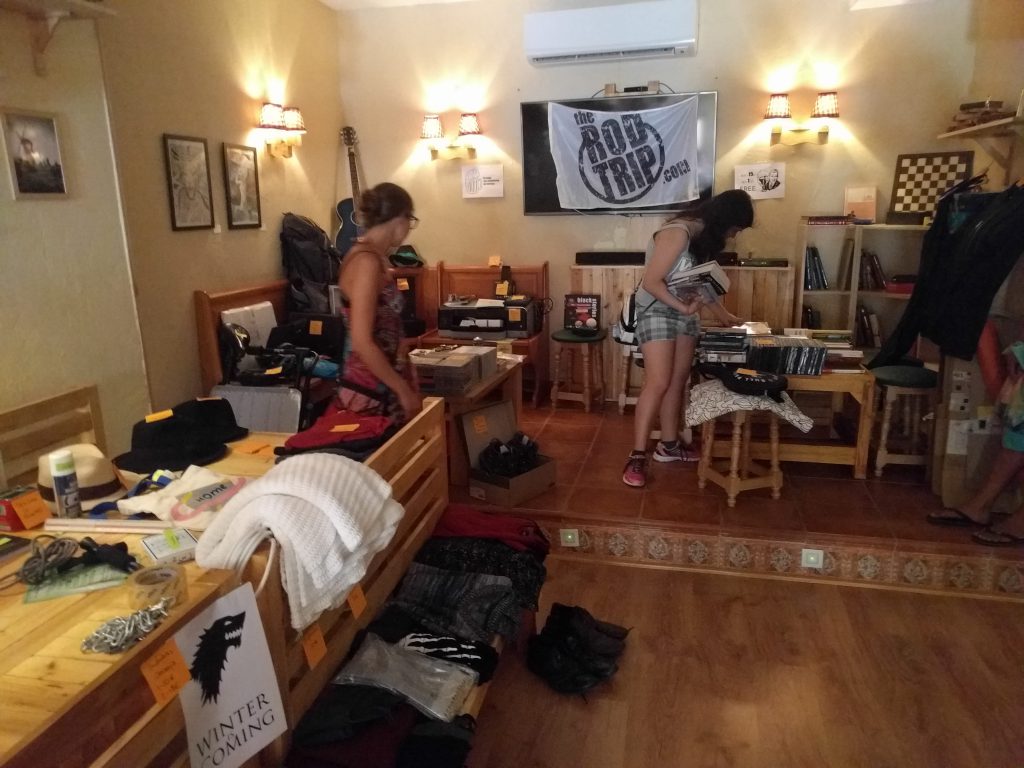 Knowing that I will leave Malaga the 20th of July, I notified my landlord and coworking of the fact to start preparing all the necessary documents. As the 20th approached I felt more and more melancholic every time I came to my house and bed or I walked from home to the coworking by the Cathedral. I started missing the city even before leaving it, what let me feel everyday more intensively what Malaga had meant to me. I even went to see my first home in town to feel how everything has changed.

My house was full of useful and ridiculous stuffs I have been storing with no reason. I needed to get rid of them. As I knew that I had lots more in Sevilla, I brought them to Malaga to end up with the minimum I will need on my journey by the end of July.

This has been one of the hardest parts of the preparation of the journey as it is not easy to find people to buy your stuffs for on fair price. I used to second hand website/apps for that: Vibbo and Wallapop that worked really well in Spain. I thought of eBay, but it wasn’t worth it regarding the commissions.

The craziest idea I had to get rid of my belongings was to get a spot in one of the second hand markets of the area which happened to be impossible as there ar always taken and there are a lot of people waiting for the same. Never thought of it or how did it work before. Finding solutions, I did a Garage or Yard Sale as it is common in the States. However I haven’t got a Yard or Garage so I convince Peter from The Shakespeare to let me a spot at his Pub where I could expose all what I had so people can come to have a look while having a drink in a cosy bar in the centre of Malaga. It wasn’t about making big money of what I had, but more about not throwing away all what I have been taking care off. It really worked out better than expected, what was easy as we expect nothing. I wish I had sold everything though.

What remained, mainly clothing, CD’s, Movies, etc. I gave them to friends and charity and I took back to Sevilla a little part of what I had accumulated along my life.

At the very beginning must of my possessions where meaningful to me as they were linked to moments of my life, but as I start to get rid of them this feeling run away and I feel even release of all the sponsors and advertisements of all the commerce and shops in the city. 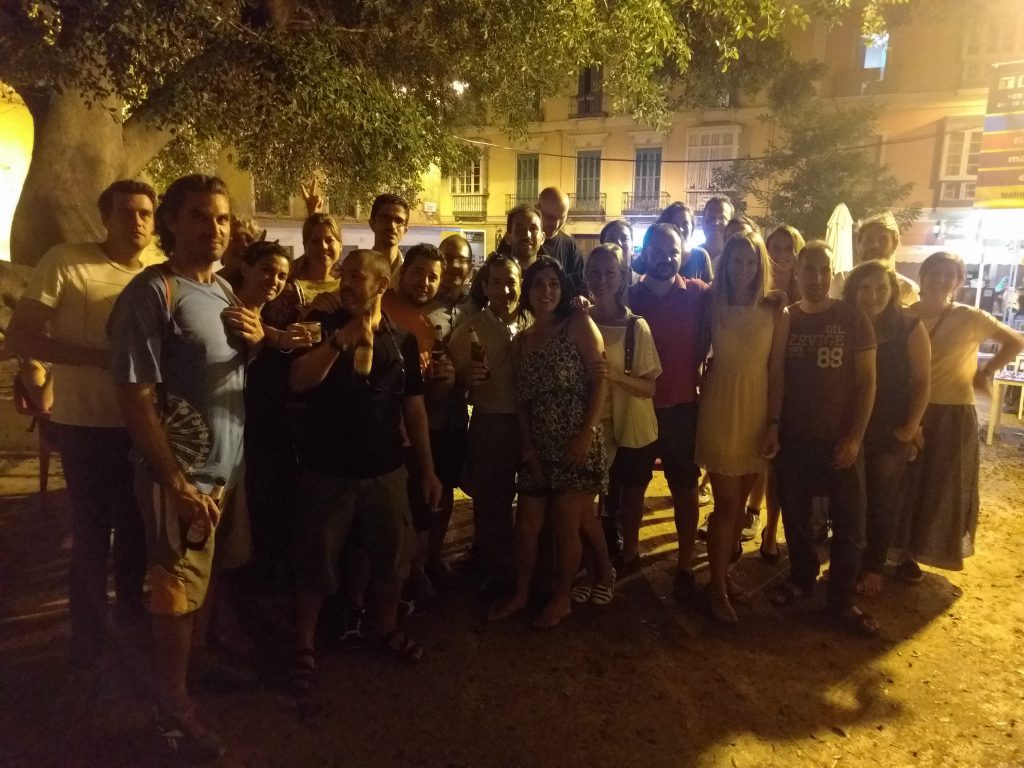 I left this part to the end as it was the only I still carrying with me somehow. Saying goodbye is not something I am used to or that I like, on the contrary, it has always been something I am good to avoid with my well-developed Ninja Smoke Bomb technique.

This time I wanted to improve this respect to all the people I appreciate, care of and love. Along these last years I learnt a lot of how to love in a healthy way and this I consider is part of it. I denied my friends a big event to say farewell but suggest them to do several events where we can meet each other little by little so we can enjoy each other one more time before departing.

It was sentimental, but I must admit that being nervous about the departure the following “to do” before leaving the city kept my mind busy not to break down at the moment.

I want to take this chance to tell all the people I care and love that I left that their support gave me strength in the past and today and most probably it will comfort my mind in many moments to come.

Back in Sevilla I did the same, meet friends by groups rather than creating a big farewell event. Did it this way helped me to feel much more comfortable with the idea of being out of each other life for a while. 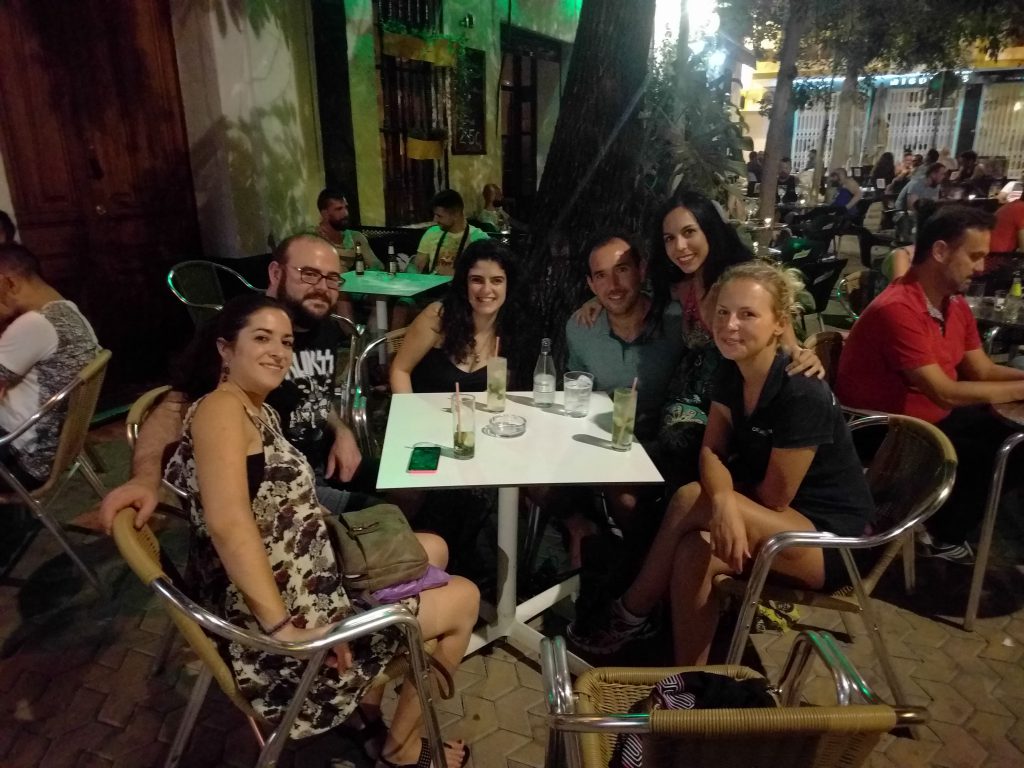 The last couple of days at my mum’s where nice until the previous night where stress made me crazy and feel that there was something wrong or missing. Funny anecdote is that getting all my stuff over my bed to depart I didn’t realise I was missing my backpack until Ana told me.

The departing day, before taking my first train I was confused, nervous at the same time that sedated. Everything went too fast at the end.